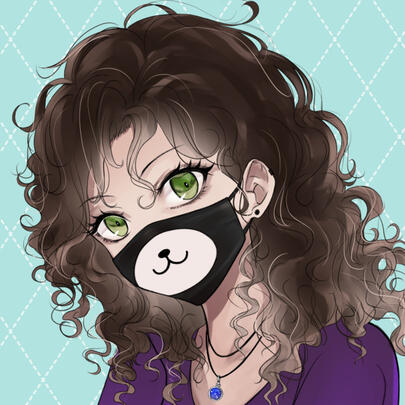 Hello and welcome! I have been publishing fanfics since 2018, the majority of which include shipping, but I do enjoy writing gen fics from time to time. I have written for fandoms such as Voltron: Legendary Defender, OMORI, and Haikyuu!! as well as a few others.I have participated in a number of fandom events and zines as both a contributor and as a moderator. In terms of modding, I have been head mod of several projects as well as held positions in social media, organization, and finance.Most recently I have begun taking commissions to help Vtubers develop and fine tune their character lore. My current services include a Discord brainstorming session, scriptwriting for debut and lore videos, and editing and feedback for scripts Vtubers have created for themselves. In the future, I hope to open commissions for video translation services from Japanese to English.Outside of writing and modding, I spend most of my time playing video games (mostly JRPGs and rhythm games) or studying for the JLPT. I'm a bit of a social hermit, but I'm known to peek my head out from time to time to see how my friends are doing.I hope everyone can enjoy my work from now on and into the future!-Teddy

"What used to constrict his heart only conjures a dull ache. Kenma’s relationship with the universe is like watching a foreign world leader speak on the television, his hair slicked back and his suit pressed to perfection. As he goes on and on about the state of a war too complicated to explain with one word—but everyone does anyway—the firebombs rain outside of Kenma’s window, reminding him the universe doesn’t 'fuck up'. When it takes, it takes with intention."-Fray

Types of ServicesDiscord Brainstorming Session
✧ $30 USD for 30 minutes (+$15 USD per additional 30 minutes)
✧ Discord call session includes: Assistance with concept and lore creation, assistance with art/rigging commission forms, and a custom character profile sheet.
✧ Please send any character details, art, or active social media to me at least 24 hours beforehand so I can reference them during our session. Filling out the entirety of the character profile section of the Google Form is not required to have a brainstorming session, but the more preparation you do, the more effectively I can assist you during our time together.Debut/Lore Video Scripts
✧ $20 USD for 100 words (+$5 USD per additional 100 words)
✧ If you do not have a solid concept in mind for your Vtuber (i.e. you have difficulty completing the majority of the character profile), I require a Discord brainstorming session prior to writing the script (prices above).Script Editing & Feedback
✧ $15 USD for 200 words (+$5 USD per additional 200 words)
✧ NOTE: I can NOT edit scripts that have been written by another person. Please only submit scripts that you have written personally.Request Guidelines
✧ Please fill out the Google Form available on this page. This form will include your commission preferences as well as a section for your Vtuber character profile. Please fill this out to the best of your ability.
✧ I will send a confirmation email within 2-3 days indicating whether or not I will be able to work with you.
✧ If you have any questions prior to filling out the form, please email me at [email protected] or DM me on Twitter (@TeddyKrueger__).
✧ I reserve the right to refuse any commission if it includes content I am not comfortable with.Terms & Conditions
✧ Please have your information ready as detailed in the request guidelines as well as full payment. Please let me know if you’d like to make a payment plan at time of commission.
✧ Payments will be done via invoice through PayPal.
✧ Since you must have a PayPal account, you must also be at least 18-years-old to commission me. No exceptions. If I find out you are under the age of 18 after accepting your commission, I reserve the right to cancel it.
✧ Depending on the length of the commission, you should expect 2-4 weeks before completion (this increases with larger word counts and more complex requests). If I write more than you paid for, you will not have to pay extra.
✧ Please credit my social media when posting or uploading.
✧ If you need to cancel your session, please do so AT LEAST 24 hours beforehand. Refunds will only be given to those who adhere to this timeframe.
✧ If I have already started creating the script, I can not issue a refund, so please don’t ask for a refund halfway through the process.
✧ If for some reason I am unable to attend a session or complete a commission, I will let you know as soon as possible and you can either be rescheduled or you will receive a full refund within 5-7 business days.